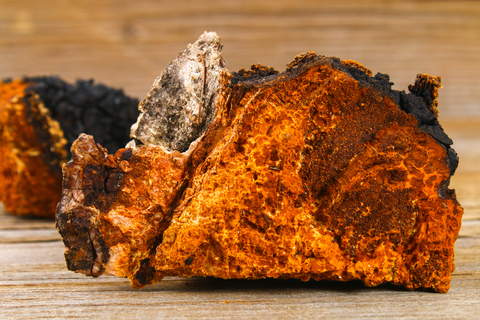 Do You Fear The Mushroom?

Today, mushrooms are widely available as a tasty, safe and nutritious food in shops and supermarkets, but throughout history they had the reputation of being our intoxicating and mysterious foe. Over the years, this has resulted in two distinct categories of individuals – those who love mushrooms (mycophiles) and those who fear them (mycophobes), with the Eastern half of the world historically being mostly mycophilic, and the West mycophobic.

Where does the fear of mushrooms come from?

The mushroom phobia usually has two points of origin – either an individual was told something as a child that has stuck with them, such as, “don’t eat mushrooms or something bad will happen to you”, or an irrational fear of mushrooms has developed subconsciously due to innate cultural and societal triggers, such as the negative use of the mushroom in Western stories and fairy tales, especially when they referred to as a “toadstool”.

Although they are often thrown in to the vegetable category, mushrooms are technically a fungus, which can sound somewhat dubious. We have negative connotations associated with the word “fungus”, and considering there are varieties of wild mushrooms that can cause severe hallucinations, is it any wonder we tread carefully around these plants?

The word “mushroom” is used to describe over 38,000 varieties of fungus that possess the same threadlike roots and cap, with the Button Mushroom being the most popular commercial variety, responsible for approximately 40% of mushroom sales annually.

While mushrooms were traditionally seen as the bringer of death and poison the West, in the East society’s view was in total contrast, with the mushroom being revered and praised as a healing substance with strong medicinal properties. In the 19th Century, France introduced mushrooms into their haute cuisine, and it wasn’t long before the rest of the world began to embrace them in their food.

However, though many of us now eat mushrooms in our normal diet we still haven’t used it to its full potential. Chaga mushrooms, often referred to as “the king of mushrooms”, has been consumed in the East for many years because of its numerous and varied health benefits. Commonly used in the form of a tea or coffee, chaga are bursting with antioxidants that help to rid the body of disease-causing free radicals, as well as significant anti-viral abilities that are backed by scientific research.

As a superfood, the multi-purpose chaga mushroom contains not only amazing preventive and disease-fighting qualities, but it is also rich in Beta-D-Glucans, which helps to balance the response of the body’s immune system. In clinical tests, chaga proven to help reduce inflammation, and also aided the body’s use of glycogen in the muscles and liver, while reducing lactic acid levels in the bloodstream, resulting in less fatigue and better endurance.

Low in calories, high in fibre, and free of fat, sugar, and carbohydrates, it’s time we all lost the phobia and become mycophilic mushroom lovers.