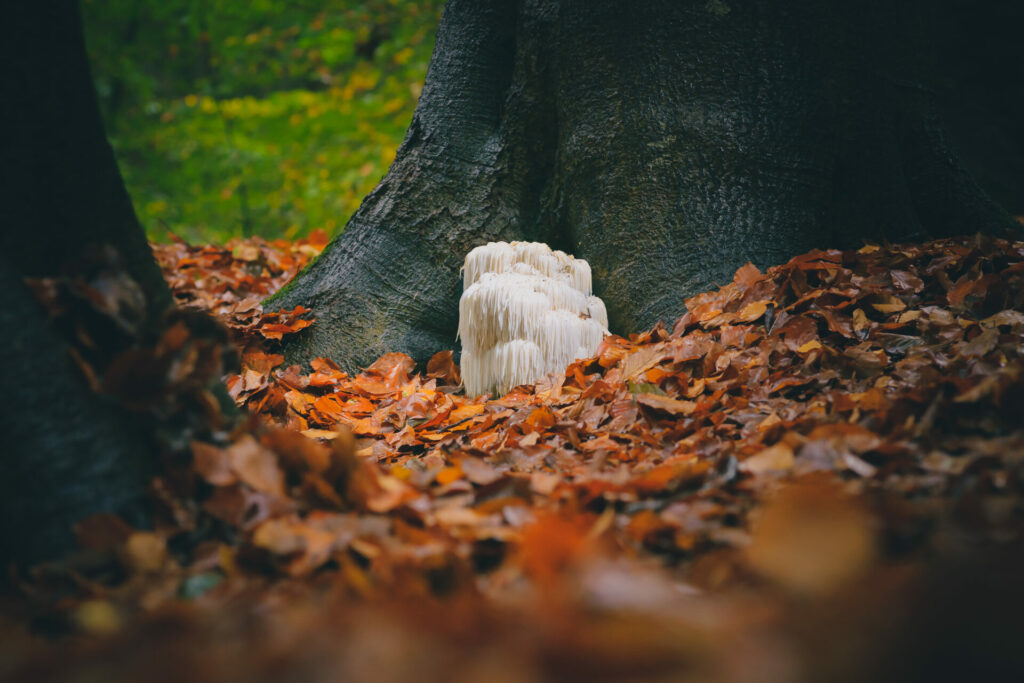 Everything You Need To Know About Lion’s Mane

Lion’s Mane, an ancient tonic used for brain health and focus, is a widely known medicinal mushroom named after its shaggy, white appearance of a lion’s mane.

This mushroom is a nootropic and an adaptogen used for centuries in traditional Chinese medicine as a plant which promotes longevity, vitality and overall health. Buddhist monks have been said to drink lion’s mane tea to enhance their brain focus and concentration during meditation.

In recent years, irrefutable research backs claims on how it improves our health and the most in-depth research on the benefits of lion’s mane focuses on its benefits to cognitive function.

Learning and memory deficient mice were fed a diet containing lion’s mane after being administered amyloid peptide – the same amyloid beta-plagues which appear in the brain during Alzheimer’s disease – and the results were studied through Y-maze tests and novel-object recognition testing.

The results showed prevention of neuronal damage and of impairment to spatial short-term and visual recognition memory, otherwise induced by the amyloid peptide, and indicates a use in the deterrence of cognitive dysfunction.

NGF, known as the Nerve Growth Factor, is promoted by neurotrophic compounds in lion’s mane which facilitate the growth of the nervous system and certain neurons in our brain, alongside supporting the maintenance of the basal forebrain cholinergic system.

In an absence of NGF, Alzheimer’s symptoms have been studied in the brains of mice.

Lion’s mane has shown to offer protection against damage to the stomach’s lining by restricting the growth of h. pylori – the bacteria which develops into stomach ulcers.

The mushroom was tested on rodents who were given an extract to compare against the effects of anti-ulcer medication. The results showed a significant reduction in the ulcer area which was exposed to the lion’s mane extract, causing researchers to speculate that the bioactive compounds present offer gastroprotective effects.

Accumulating evidence on lion’s mane and the digestive tract suggests it has anti-inflammatory properties which can protect against intestinal damage, particularly in how it may help treat inflammatory bowel diseases, like Crohn’s and ulcerative colitis.

High levels of triglycerides are a known risk for the development of heart disease and a study on lion’s mane and its effects on the heart found it lowered triglyceride levels by 27%.

Rodents who were given high-fat diets in conjunction with lion’s mane extracts for a 28-day period were found to benefit from the mushroom, causing researchers to argue it’s healing benefits as a dietary food.

Building evidence on inflammation’s role in the development of depression argues anti-inflammatory properties can have an antidepressant effect. As an anti-inflammatory, lion’s mane has been tested on its ability to alleviate depressive behaviours.

A study evaluating the effects of lion’s mane on anxiety and depression in adult mice found that administering the mushroom over a sustained period of time had anxiolytic and antidepressant qualities, which enhanced the hippocampal region of the brain.

Another study conducted on a small sample of older women found lion’s mane reduced the symptoms of depression and anxiety associated with menopause. Two groups were given cookies to eat daily over a four-week period – one group were given cookies as a placebo and the other ate cookies infused with lion’s mane. The latter group reported a lower feeling of irritability and anxiety.

Similar to chaga, consumption of lion’s mane can help to fight free radicals in the body by offering protection from a high volume of antioxidants. Taken together, they work in synergy to enhance the body’s defence systems and support neural pathways.