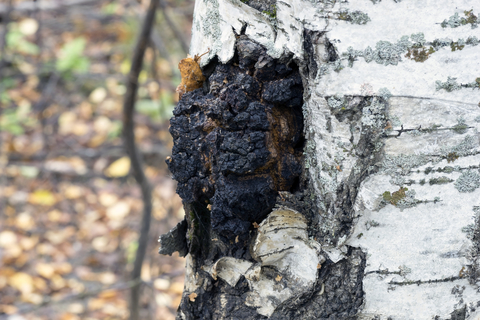 When you consider what is essential in a healthy diet, you may think of protein, fibre, and complex carbohydrates, or you might think of a variety of vitamins and minerals such as vitamins A, C, and D, and calcium and iron, but one mineral that probably doesn’t come to mind is manganese, but it should, because this mineral plays an essential role in our health and vitality.

Manganese is essential to produce healthy bones, as well as being a co-factor for an enzyme called “prolidase”, which is necessary for collagen production – a significant structural component of the skin that is most commonly associated with a youthful appearance and improved skin elasticity.

An important antioxidant that helps to provide protection against damage caused by free radicals, manganese helps to protect the skin from oxygen-related and UV-related damage, and recent research has indicated that it could have an important role to play in helping the body to balance blood sugar levels naturally.

Manganese deficiency can lead to symptoms of anaemia, hormonal imbalances, low immunity, changes in digestion and appetite, weak bones, infertility, and chronic fatigue syndrome. However, ensuring that you get adequate amounts of manganese in your daily diet should be relatively simple, as many whole grains, legumes, vegetables, and fruits contain high quantities of manganese. The top six foods rich in natural sources of manganese are:

A rich source of manganese, oats are also rich in a variety of antioxidants and contain super-fibre, as well as beta-glucan, which can help to prevent metabolic syndrome and obesity. Oats are a very healthy breakfast option and can help to lower blood cholesterol levels as well as improving your heart health.

Whole wheat contains high levels of fibre, which helps to regulate blood sugar and blood pressure levels, aiding heart and gut health, as well as lutein, which is an important antioxidant for eye health. A good source of manganese, whole wheat toast is a healthy breakfast option.

Often referred to as “the king of mushrooms” because of its significant health benefits, chaga mushroom can be consumed as a hot drink in a pure form from companies like Otzibrew. Bursting with antioxidants and anti-viral abilities, chaga is an excellent source of manganese, as well as Beta-D-Glucans, which help support the immune system.

Rich in manganese, as well as other minerals such as selenium, niacin, and iron, all of which are vital for a healthy and optimally functioning body. Barley is also a good source of fibre, and contains antioxidants called “lignans”, which are linked to a lower risk of cancer and heart disease, as they help reduce the inflammation that cause these ailments. Barley is often added to homemade vegetable soup.

Made popular by fitness gurus in recent years due to it being a gluten-free and protein-rich alternative to rice and other grains, quinoa contains high levels of manganese and can be added to your diet simply by using it as an alternative to other carbohydrates for meals.

Garlic is very beneficial in your diet, mostly because of the compound allicin and the presence of manganese. Garlic can reduce the symptoms of sickness, such as a common cold, and it helps to regulate cholesterol levels. Garlic can be easily included in many lunch or dinner recipes, especially those inspired by the Mediterranean.

13 Reasons You Need Manganese In Your Diet

Get your Chaga here and see how it can make changes in your life.