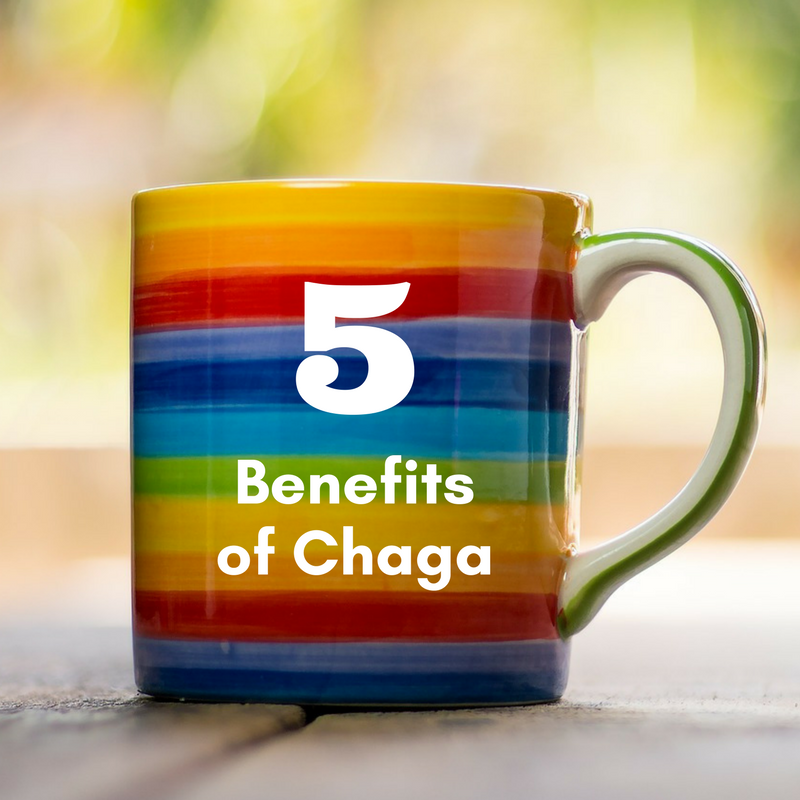 Chaga (Inonotus Obliquus), the King of mushrooms, typically grows on birch trees near the arctic circle (Siberia, Alaska, Canada, Nordic Countries). Chaga has been consumed in the East for a very long time, most often as a tea or brew where its health benefits are well established. Below we will explore the main benefits.

There are not many superfoods as potent in antioxidants as Chaga. The sclerotium of Chaga contains incredible amounts of the natural black pigment known as melanin which has high antioxidant levels due to the amount of polyphenols it contains. In fact, Chaga has the highest ORAC score (the measure of antioxidant potency) of any superfood. See the chart below for a comparison.

NOTE: The actual unit of measurement for the ORAC scale is micromoles of Trolox equivalents per 100 grams (µTE/100g) of the sample.

Superoxide dismutase (SOD) is another important antioxidant present in chaga in substantial quantities. SODs, which are enzymes, efficiently neutralize the damage done by free radicals, protects against disease and slows down the ageing process.

Chaga is rich in Beta-D-Glucans which help balance the response of the body’s immune system. This means that chaga boosts the immune system when necessary, but slows it down when it’s overactive. It is extremely rare to find this benefit in a natural product as often it either boosts or slows the immune system but rarely modifies its response depending on the need. Research has also shown that chaga activates immune cells responsible for combating cancer. [2]

Another benefit of Chaga is its anti-viral nature. There are limited studies but some have proved the benefits of Chaga in preventing the herpes simplex virus [3,4] and Epstein-Barr virus [5] from infecting new cells and from replicating in animal studies.

Chaga is known as an adaptogen which scientists define as those substances that improve the “state of non-specific resistance” in stress. They enhance the body’s natural response to physical, mental and emotional stress without directly altering your mood, but instead help the body to function well in a stressful environment. They normalise your body’s imbalances and support the adrenal function to counteract the adverse effects of stress.

Chaga offers a natural way to protect and support healthy digestive functions. Its anti-inflammatory effects are useful for helping to alleviate inflammation in the stomach or intestines, which could otherwise impede digestion and limit nutrient absorption. It also helps to stimulate the liver, prompting it to create digestive bile. This helps the digestive system to better break down foods, especially proteins. Chaga also contains beneficial constituents important for digestion, including manganese, thiamin and digestive enzymes, and is a natural source of dietary fibre.

Now that you know some of the top benefits of this amazing product, why not head over to our shop.