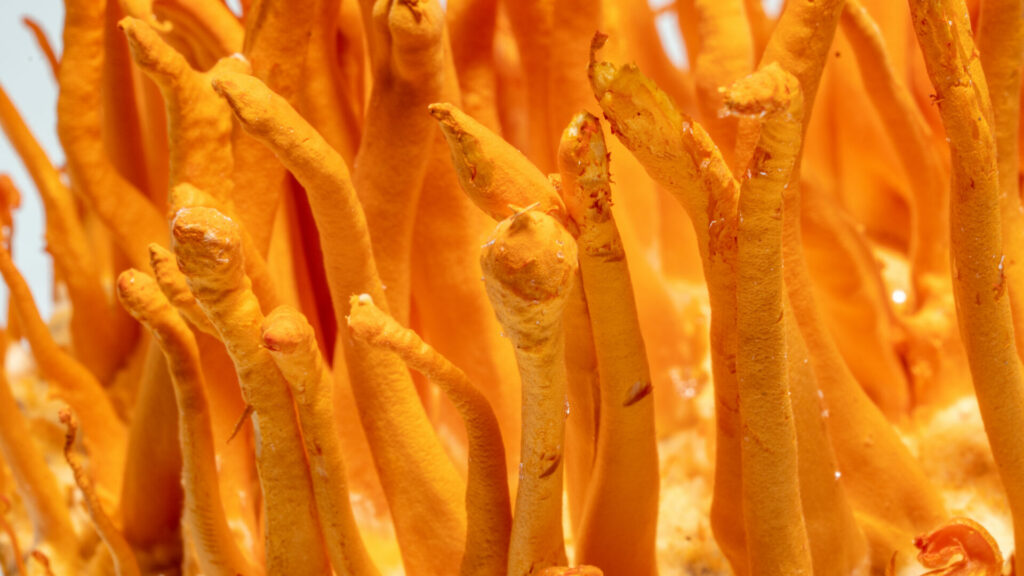 What Is The Cordyceps Mushroom And Why Is It Good For Your Health?

The Cordyceps mushroom is normally indigenous to climates such as tropical forests like the Amazon Rainforest or the mountain tops in China.  It has been the center of fascination for centuries due to its ability to take over the body of its insect host.

There are over 400 species of cordyceps mushrooms but most health research has been based around the Cordyceps Sinensis and the Cordyceps Militaris. It is a common feature in traditional Chinese medicine and the Chinese government has even approved it for use in their hospitals.

A lot of clinical trials have been more animal based however those tests have produced promising results. There have been some human tests on the benefits of cordyceps mushrooms on things such as exercise capacity.

The participants who had taken CS-4, which are lab grown synthetic samples of cordyceps, had an increase in their V02 Max (A measurement used to determine fitness levels) by 7% while those who took the placebo had no change.

Healthline states “Cordyceps are thought to increase the body’s production of the molecule adenosine triphosphate (ATP), which is essential for delivering energy to the muscles. This may improve the way your body uses oxygen, especially during exercise.”

There have been several studies on mice that have shown taking CS-4 had improved memory and lived a few months longer than those who did not. Tests also revealed that CS-4 extended the lives of fruit flies.

This is due to increased levels of antioxidants in the subjects. Antioxidants are a great tool against ageing as they help the body fight off free radicals. Free Radicals are produced by a number of everyday occurrences including sunlight and exercise, but their production can also be increased by things like pollution, smoking and alcohol.

Several trials have also shown the potential for the cordyceps mushroom to be an essential tool in the fight against and prevention of Diabetes. The small little mushroom seems to mimic the action of insulin and works to decrease the levels of glucose in the blood, keeping blood sugar levels in a safe range.

The amazing cordyceps mushroom also has anti-inflammatory properties making it a possible prevention tool against heart disease and even some cancers.

The US National Institute for Health have said “The scientific community has provided plenty of data showing that mushroom extracts demonstrate interesting biological properties such as antitumor, anti-inflammatory, antiviral, and immunomodulatory effects.”

So far there are no known side effects to cordyceps mushrooms, and the Chinese government have recognised them as a safe natural drug. Due to the difficulty in finding these mushrooms in the wild most supplements use CS-4 which is a synthetic form of the cordyceps.

Facebook
Twitter
LinkedIn
Pinterest
WhatsApp
PrevPrevious7 Ways to Use Coconut Powder in Your Everyday Nutrition
NextWhat is Dandelion Root and Why is it Good for You?Next